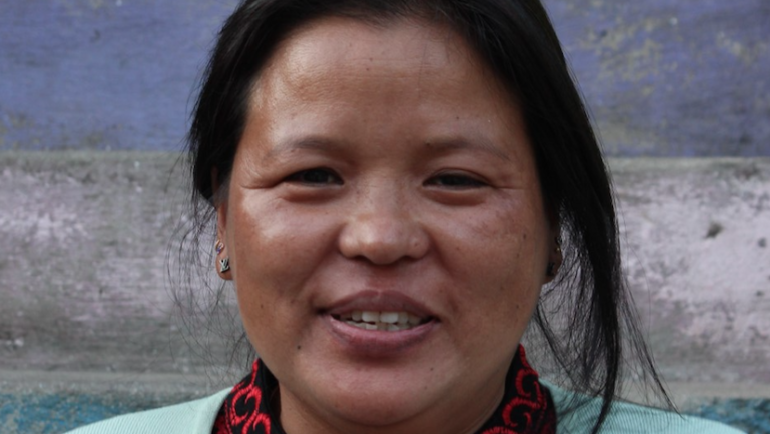 Santoshi is the manager of the Shanti Villa hostel. She arranges all matters in and around the hostel and keeps the board in the Netherlands informed and updated. Santoshi was born in 1980, is married and has two sons. The eldest is called Mishan and was born in 2002. The youngest was born in July 2013 and is called Saman. She is originally from Mauja, but has been living in Pokhara for about 10 years. After high school, she earned a bachelor’s degree in Arts. In addition, she has completed a course for a beautician; very handy because she cuts the children’s hair herself in the hostel and is very focused on hygiene and care.  Since 2005, she has been involved in the Kiran Fund organization in Nepal. Originally, she was responsible for food and finances and since 2006 she has been the hostel manager.